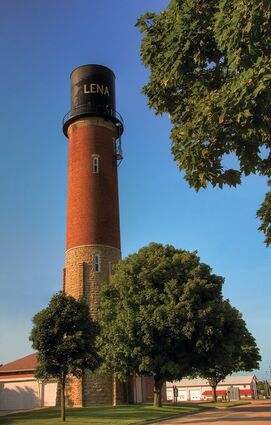 A major shift took place last week at Village Hall in Lena, and no – it was not about new Village President, Steve Buss, being sworn in as the 29th president in the history of Lena.

The bigger shift will take a little time to realize, but is already kicking into high gear, is that steps were taken to bring the central business office of the Village into the 20th Century – (No, not the 21st, you have to walk before you run.)

The biggest change that took place has far reaching implications – after 29 years in office, former Clerk, Lynn Polhill, is no longer employed by the Village.