Le-Aqua-Na To Get Multi-Million Dollar Makeover 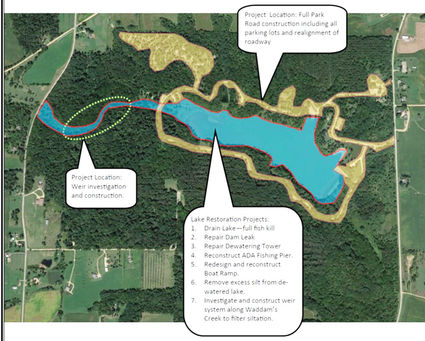 The planned renovation of Lake Le-Aqua-Na will include draining the lake and rebuilding several sections of road.

Residents of Lena have seen the slow deterioration of Lake Le Aqua Na as the routine dredging and funds needed to maintain it correctly were either missing, or being argued about in Springfield. So when word came at the recent Lena Economic Development Legislative Update Meeting that Le Aqua Na was a major project on the DNR's schedule – it was massive news.

As presented by George S. Bellovics, Regional Landscape Architect for the DNR, Lake Le Aqua Na is scheduled for a gigantic - $5+ million dollar overhaul which will see the entire park shut down for over a year.