Tip The Cap To Pec 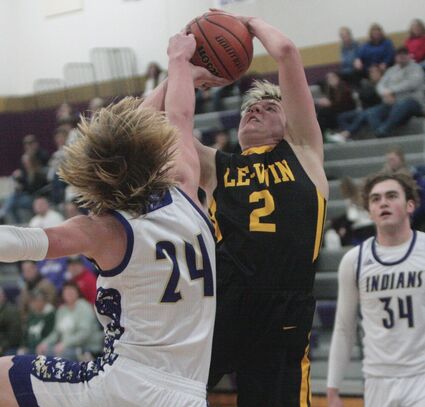 Lena-Winslow's Aiden Packard struggles to get a shot off in the paint against Pecatonica.

The last time the Lena-Winslow Panthers had played against the Pecatonica Indians at the Forreston Tournament, it ended in a one point game. But Saturday in Pecatonica, in their first conference battle, the Indians brought their 'A' game.

Most basketball teams make four, five, or six three point baskets over the course of a game. Some of the exceptional ones will make seven or eight. But to put Pecatonica's game into perspective, the Indians made ten three point bombs ... just in the first half!

"Yes, they were hot, but the problem I think was with our on-the-ball defense," said Panther h...