A Connection On The Court 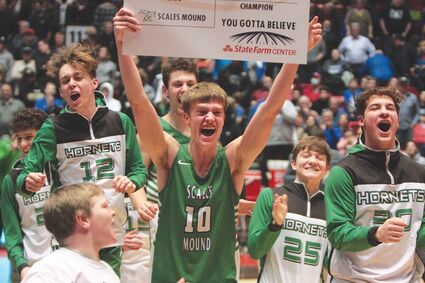 As fate would have it, both teams were assigned to the same hotel in Champaign, and a friendship was formed between the respective players. The Hilltoppers were there in attendance, cheering on the Hornets in the 1A semifinals and third place game, and even joined the team for pizz...