Fulton Figures It Out 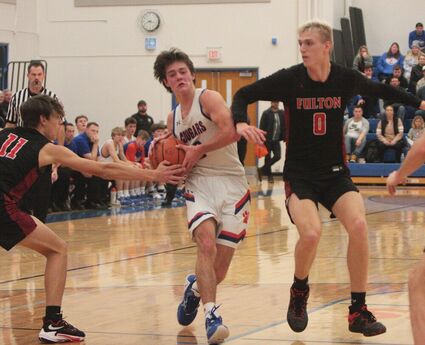 Although the Fulton Steamers were loaded with some top talent, the early part of the season was a struggle – leaving them stuck with a 6-6 record – and causing a lot of basketball fans to wonder, "What's wrong?"

"I think we were playing timid early in the season," said head coach R.J. Coffey. "We wanted Baylen to do everything. But over the break our role players are starting to step up, and we're running everything through Baylen instead of expecting him to do it all."

Damhoff is still a powerful force, and he proved it again Wednesday night with a 32 point effort that included a dun...