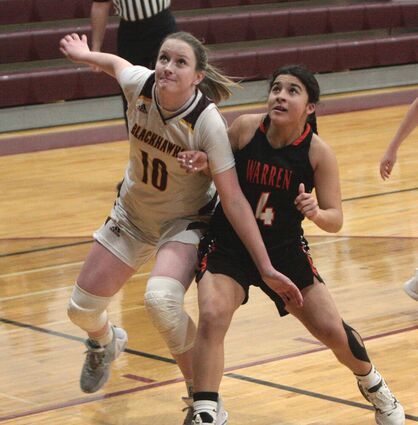 It's been a long time since the Warren Lady Warriors were a force on the basketball court. And while they still may not be among the area elite, they have reached the level of being "dangerous" – capable of knocking off a top tier team that is foolish enough to look past them. (Just ask Morrison)

Wednesday night, against their friendly rival Stockton, the Warriors continued to impress – in spite of some sloppy play.

On one side of the coin, they were the same Warren team people were familiar with – proven by their 0 for 11 free throw shooting in the first half. (Yes, 0 for eleven)....