Battle Was A Blow Out 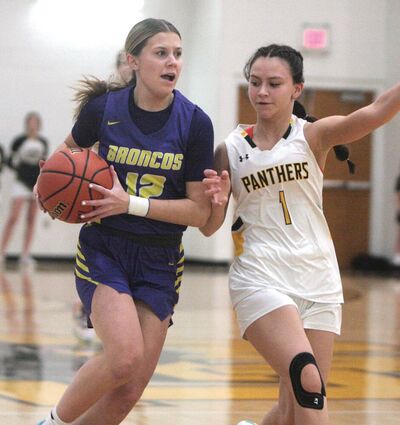 Laney Cahoon stole the ball on the first possession of the game, and went the length of the floor for the layup.

It was supposed to be an epic showdown – the top two teams in the North, who went into overtime in their first meeting this season, squaring off in their first conference battle.

Two television stations showed up to tape it, the only live sports reporter in the region sat his large butt in the corner (camera in hand) and they even had an exhibition where the little elementary girls got to run up and down the floor during halftime.

But for some reason, the Orangeville Broncos came armed and ready, while the Lena-Winslow Panthers never showed up.