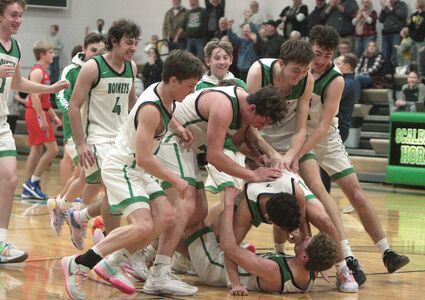 An exceptional game needs an exceptional ending to truly make it into the "legendary" status. And Tuesday night's conference battle between East Dubuque and Scales Mound more than met the standard.

No other teams in the NUIC West have opened up conference play, but because they were scheduled to play the Friday before they both had two games scheduled in the Pecatonica MLK Tourney, the agreement was made to move the contest to before the Christmas break.

Both teams came in with only one loss, and unlike year's past – when it was a battle between the small-town Hornets and the Evil Empir...