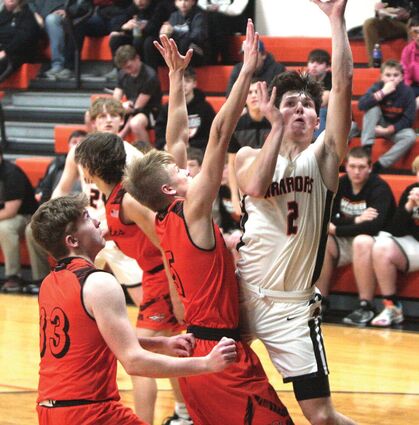 Reed McNutt slashes to the basket for two of his 17 points against Milledgeville.

Don't look now, but a team many people have overlooked is beginning to play some very strong basketball.

The Warren Warriors have been slogging their way to sub 500 seasons over the past few years, so nobody was paying much attention when the 2022 season began ... but they better start noticing now. New first year coach Michael Flanagan might be confused as one of the players when the Warriors walk into the gym, but make no mistake, he's got them organized and playing solid fundamental basketball as they held off a scrappy Milledgeville squad to win 65-56 and move to 4-2 on the young seaso...