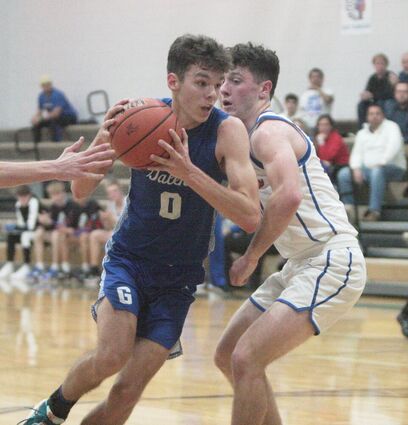 The Boys' Basketball season officially got underway in Scales Mound on Monday as the Hornets played host to their first Tip-Off Tourney.

The opening contest was a back and forth battle between Galena and East Dubuque that was a lot of fun to watch. Pirate junior, Connor Glasgow led all players with a 26 point night, but it wasn't enough as new Warrior head coach, Scott Schaber, lost his voice – but not the game as the Warriors held off a late Pirate rally to claim the 65-61 victory.

With 31 seconds to play, Galena had cut the margin to only two and called time out. Head coach Matt Wiene...