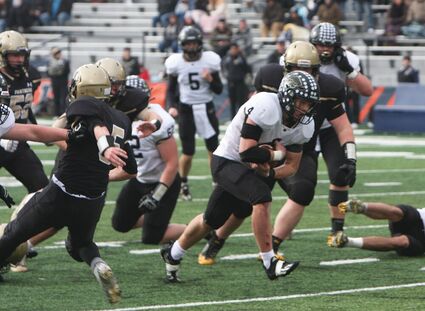 With their sixth state championship in 12 years, and third title in a row, it became official on Friday – the Lena-Winslow Panther football team has become a dynasty.

"Most people around here have no idea where Lena-Winslow is," said University of Illinois Executive Senior Associate Director of Athletics, Development, Howard Milton. "We just refer to Lena-Winslow as the Alabama of small school football."

The Panthers proved that point once again as they methodically pounded the ball down the field. There were very few of the explosive 60 yard touchdown runs Panther fans have grown used...