It Will Get Tougher, Honest 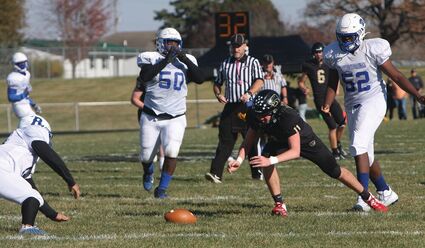 Walking out of the stadium following Lena-Winslow's round one playoff win over Chicago Richards Saturday, it was a good thing there was nobody left in the ticket booth because everyone would have been asking for refunds.

To be perfectly honest, Lena-Winslow's JV scrimmage against Chicago Richards only took place because so many small schools have shifted to the eight man format. With fewer schools competing, even though Richards was 5-4 (thanks to a forfeit win) they probably would not have qualified in previous years.

Let's be honest, the game was over after eleven seconds when Nick Inde...