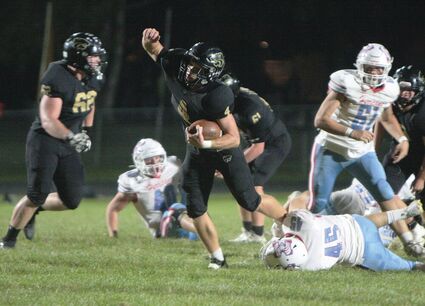 Gage Dunker and the Panther offense shredded the Marian Catholic defense for 387 yards and seven touchdowns.

It's getting to the point where the biggest challenge the Lena-Winslow Panthers are facing is convincing themselves to take opponents seriously.

Woodstock Marian Catholic is currently listed as a 4A school even though their enrollment is just over 300. (Thank you IHSA multiplier) But we're talking about a school that has a proud tradition of football success. A school currently with a 1A recruit in tight end Christian Bentancur who has already received offers – as a junior – to play in the Big Ten.

But by the end of the first quarter of their non-conference game last Friday night, the...