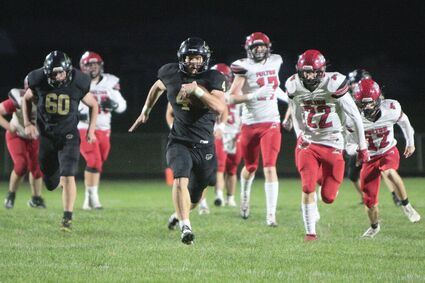 All week you were hearing it ...

"Lena's good, but who have they played?"

"We'll see how well they handle the Steamers on Homecoming."

And, yes, the Panthers heard it too. But they were also being preached the lesson by their coaching staff.

"You're going to get everyone's best shot," head coach Ric Arand told his team. "We have a target on our backs, and you have to be ready for them every single week."

But early on, it looked as if Fulton was, indeed, the real deal, as they took the opening kickoff and methodically dinked and dunked their way down the field...