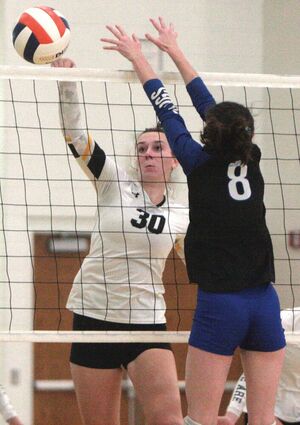 Molly Amendt played a strong match against Durand, but the Panthers still fell in three.

On paper, the Lena-Winslow Panthers were better than the Durand Bulldogs, but ... on paper, the San Francisco 49ers are better than the Chicago Bears. And while the Panthers did not have to deal with a monsoon, they did get ambushed by a motivated Bulldog squad that came up with some clutch saves when they needed them most.

The match was a see saw affair as the two teams traded the first two games by the identical score of 25-17. A key statistic in both games were the unforced errors. Simply put, whoever made fewer mistakes won. In game one, the Panthers made ten errors while Durand only m...