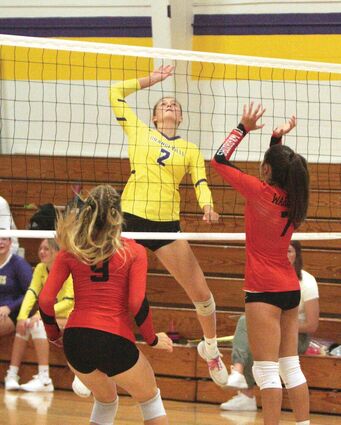 Leah Baker and the Broncos got back on track with a two game sweep over Warren Tuesday night.

Both the Orangeville Broncos and Warren Warriors opened their volleyball season on Monday night – but not at all as they would have liked. So, on Tuesday, when they met for a non -conference battle in Orangeville, both were able to walk away seeing progress.

For the Broncos, they had a bitter taste left in their mouth after they had charged out to a 14-1 lead over Stockton in game one, and led in each game of the match – but still lost.

"We did a lot better job of trusting each other tonight," said Whitney Sullivan.

"Yeah, the attitudes were checked at the door and we focused on bein...