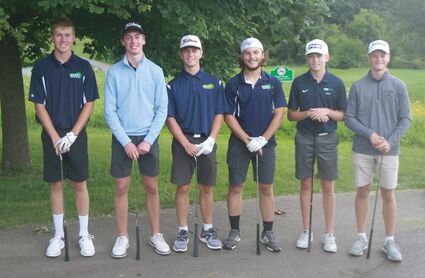 The RR/SM Golf Team got an early test of where they stand in the NUIC, claiming third overall at the Eastland Invite.

The weather was far from ideal, but while the sun had a hard time poking through the clouds, the Galena Pirates didn't care as they established themselves early on as the team to beat in the NUIC this season by claiming first place.

Five golfers were needed to have their scores added together in order to claim a team score, and in the Boy's Meet, seven of the nine teams were able to compete for team honors, while LW/PC and Polo had less than five golfers, so they competed individually.

When the final numbers were added up, Galena claimed first place in the Boy's Meet with a score of 333....