The Mastery Of Mammoser 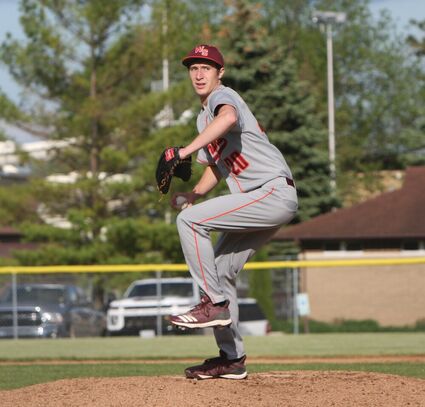 There is an old sports axiom that points out how hard it is to beat a team three times in the same season ... especially when they are good. But the Warren/Stockton Warhawks played the villain role to a "T" as they knocked off a formidable Fulton squad for the third time in the Sectional semi-finals to end their season in a 4-1 game that was dominated by Warhawk starter Caleb Mammoser.

In the top of the first inning, Austin Chumbler smacked a single, stole second, then beat the throw home on a double by Drew Mensendike to claim a 1-0 lead. At the time, it looked like it would be enough.