One For The Record Books 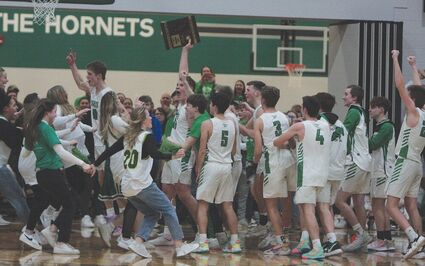 Three times the Scales Mound Hornets had taken on their nemesis East Dubuque, and all three times the games had been one sided double digit wins for the Hornets that most put into the "ho hum" category.

But if there was one team the Hornets could not lose to in the Regional finals, it was East Dubuque. The team that had owned them throughout most of their high school careers, simply could not being an end to their amazing senior season ...

Scales Mound should have been in total control of the game. They claimed the early 14-10 lead at the end of the first period, but Warrior senior, Brevi...