Closing In On History 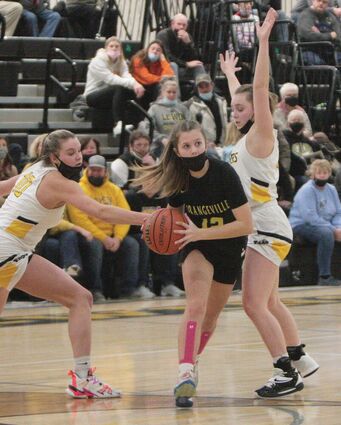 The last time the Orangeville Lady Broncos won the conference championship was 1997. That makes it a 24 year span without a title. But following Friday night's exciting 39-34 victory in Lena over the Panthers, the Broncos got one step closer to breaking that string in year 25.

When the game began, fans of both teams wondered who it was they were watching as the points piled up quickly and both teams were on fire.

Laney Cahoon made a three point basket, then stole the ball and made the layup at the other end to put Orangeville in front. But then Grace Groezinger made an old fashioned thre...