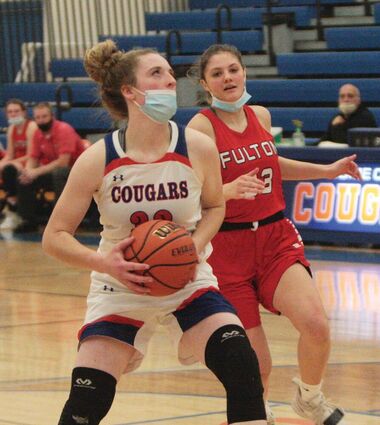 Let's be honest, at the beginning of the Girls' Basketball season almost everyone had written off the Eastland Cougars as far as being considered a post season threat. After losing their star talent to graduation, the Cougars simply had no offense as they were blown out early and often at the Forreston Tournament.

"Oh yeah, we've come a long way," said head coach Nicole Brinker. "We knew we could play good defense, and we did. There were games where we held people to only 30 points, but we still lost because we couldn't score 30 points ourselves."

But Nicole Brinker is not your average co...