Was It Really That Close? 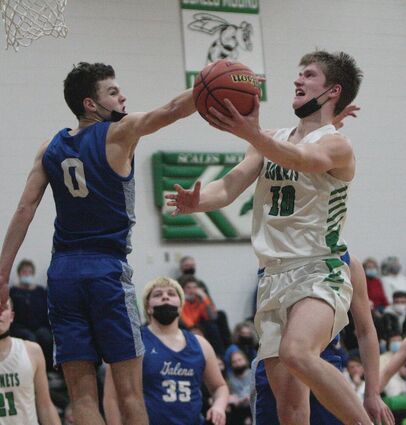 When people see that Scales Mound only beat Galena Thursday night by five points on their home floor in a 67-62 contest, they might have some doubts as to whether the Hornets were over-rated, or maybe the Pirates are that good. The truth, would be somewhere in between.

Make no mistake, the game was over in the third quarter. The Hornets, who struggled early in the game, had found their rhythm and had the gym rocking when Ben Vandigo slammed home a dunk before the end of the third quarter with the Hornets in front by a 45-32 score.

It only got worse in the fourth period.