Panthers Draw Up A Win 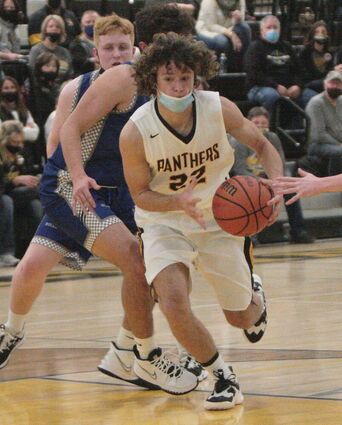 The Lena-Winslow Panthers had a problem in their season opening basketball game at home against Durand. Simply put ... because they had been playing football less than a week before, they weren't ready.

"I am not even close to being in basketball shape yet," admitted Brody Mahon.

"Yeah, me either," added Luke Benson.

But the schedule had the Panthers opening their home schedule with a conference battle against Durand – a team that already had four games under its' belt.

The issues began to surface as the Panthers struggled defensively to stop the Bulldogs.