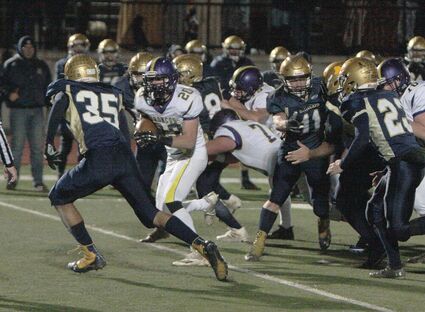 As the final seconds ticked down in the 8-Man State Championship, it was difficult for many of the Orangeville Broncos to fight off the tears of coming so close, only to fall 12-7 in the lowest scoring 8-Man playoff game ... ever.

The frustration was very real, because Orangeville did not get beaten by Polo – the Broncos were the better team in many respects – but they were unable to take advantage of the many opportunities they had to put the game away. So, in many ways, Polo didn't win – the Broncos lost – and they knew it.

On Polo's first possession they were stuffed for a thre...