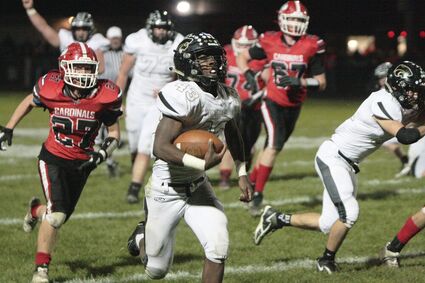 When the Lena-Winslow Panther players were in Forreston, watching the first round playoff game between the Cardinals and Galena, the Pirates had claimed the lead when head coach Ric Arand told them they might have to play Galena in the second round.

"No, we want Forreston," they all replied.

"Yeah, I was about to tell them to 'be careful what you wish for'," Arand said. "But they really came ready to play tonight."

The second time Lena-Winslow got the ball, Marey Roby broke into the clear for a 37 yard gain that brought the ball deep into Cardinal territory. Three plays later, he scored...