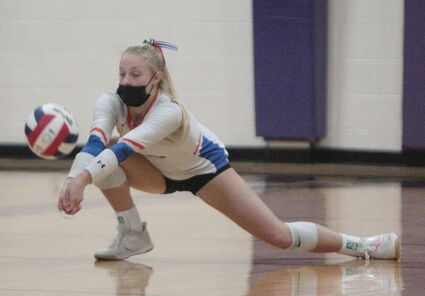 The Eastland defense only allowed six kills in the entire match against Peru St. Bede, but still had a lot to overcome.

How you can perform when things are not going your way is often referred to as mental toughness. But for the Eastland Cougars at the Serena Sectional Monday night, it wasn't that they were playing badly, and it wasn't that Peru St. Bede was proving to be a difficult opponent. No, the biggest obstacle the Cougars had to overcome, were the officials.

The rule in regard to a double hit, is that when making a set, both hands must hit the ball at the exact same time. If one hits, even a fraction of a second before the other, that is called a double hit violation. But with the Cougars holding on...