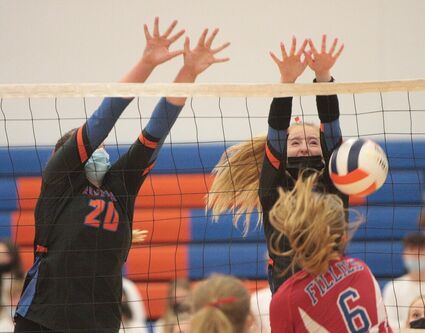 The Eastland defense limited Morrison to a grand total of two kills in the entire match ... but they still didn't play their best game.

The outcome of Tuesday night's 1A Regional Volleyball battle between Eastland and Morrison was never really in doubt. Morrison might have some great kids who will go on to be very successful in life ... but not in volleyball. So, the concern for the Cougars, was not to play "down" to their level.

"This team has driven me crazy," said head coach Kelsey Thurman. "I swear they're too nice. If they played our game, we'd blow right past teams, but they let up against them and it's almost like they feel sorry for them so they take it easy."

To combat that issue, Amanda Klinefelter, who works fo...