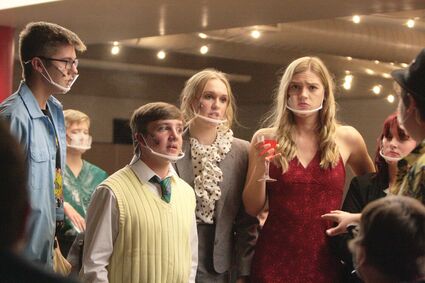 It's not easy bringing live theater back, but EPC pulled it off with a Dinner Show murder mystery.

To say that High School Theater has been hit hard by COVID would be an understatement. Try showing facial expressions and character development while wearing a mask – let alone trying to allow hundreds of people to assemble as an audience. Our Theater Awards have been in hibernation, and their return is tenuous as we've also lost some judges due to Covid as well as life itself.

Last year, there were some attempts to put on a show as Lena-Winslow did one that was televised – but the masks being worn hurt it tremendously – while EPC did a drive-in movie which was a novel idea, but agai...