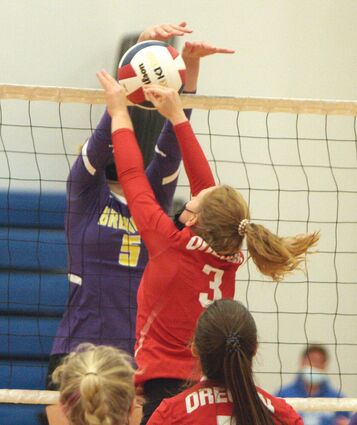 It was a loaded field at the Linda Ludwig Tournament as eight of the ten teams that competed had winning records.

The Linda Ludwig Tournament held at Eastland was – to put it bluntly – loaded. With a ten team field that only had two teams with losing records on the season, the competition was going to be brutal. Especially when you saw some of the potential match ups.

You had Rock Falls, who was the hands down favorite as a 2A power, but also had local powers like Aquin, Eastland, Durand, Milledgeville and Stockton to go along the team everybody wanted to see in order to make comparisons – Sterling Newman.

But aside from the final place matches, everyone was limited to only playing the opponent...