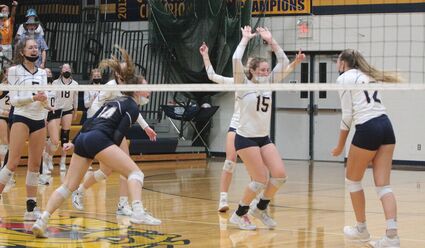 After watching Aquin's Lucy Arndt play one of the strongest volleyball matches I had ever seen, the headline I had in my mind was "Lucy In The Sky Hits Diamonds". But even though I fully attest to the belief that Arndt played at another level and helped Aquin claim the conference win at home in three games, the headline didn't do justice to the Panthers who played their best match of the season – against their strongest opponent.

"Their defense was amazing," said Aquin head coach Robyn Stovall. "We were hitting into the open holes in their defense, and they were still digging them up."...