It's Tough At The Top 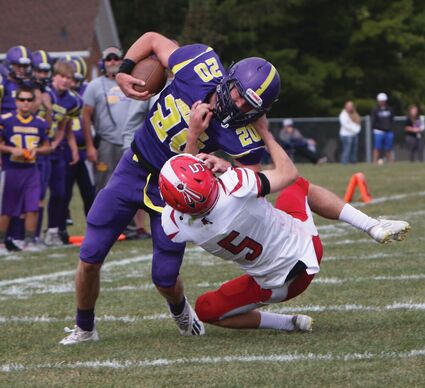 Gunar Lobdell had a huge day for the Broncos with six touchdowns and 300 yards rushing.

The Orangeville Broncos had little trouble in blowing past the South Beloit Sobos with a 57-24 win on Homecoming, but there weren't many smiles when it was over. After exploding for a 40-8 halftime lead, Orangeville had the chance to put the game away with a running clock, but never did it – giving up a pair of Sobo touchdowns in the second half to put a damper on their overall performance.

"It's tougher being the team everyone is shooting for," said Joey Thomm.

"Everyone is going to give us their best, and we can't ever let down," added Nate Anderson.

Less than five minutes into the g...