Making Them Earn It 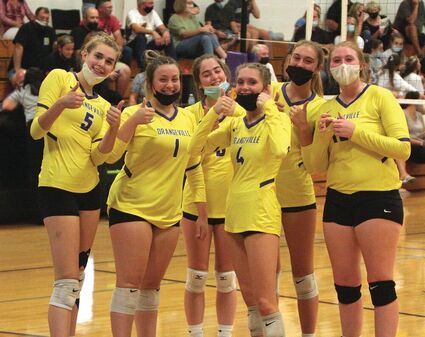 The 2021 Broncos are not the same team most people remember as they took Lena-Winslow to three games Tuesday night.

Name the last time the Orangeville Broncos were able to win a game against the Lena-Winslow Panthers in Volleyball?

Most people would be having to go back more than 15 years, but the fans who were in Orangeville Tuesday night saw it happen in front of their eyes.

For the first time in her career, a former player of Sue Amendt's was able to win a game against her as a coach as the Broncos played some nearly flawless volleyball in game one to claim a 25-22 victory.

"Well, it had to happen sometime, but I couldn't think of a better person to do it," Amendt said.

Lena-Winslow was able to re...