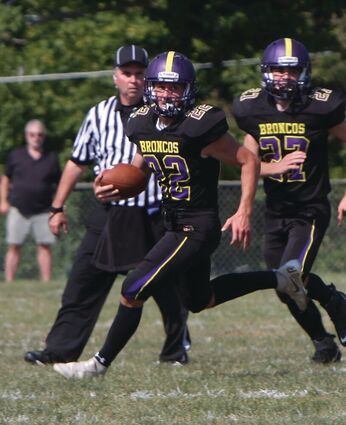 The Orangeville Broncos were clinging to a seven point lead over Aquin late in the game, and although the Broncos had just put together an incredible power running drive all the way down to the Aquin one yard-line, the Bulldogs had just scored on their previous possession and would have the momentum if the Broncos couldn't put them away.

The drive itself that Orangeville had put together was impressive in its power and execution – not in its creativity – because the Broncos had leaned on their stud runner, Gunar Lobdell – repeatedly running a power trap with him straight up the middl...