Too Big Of A Hole 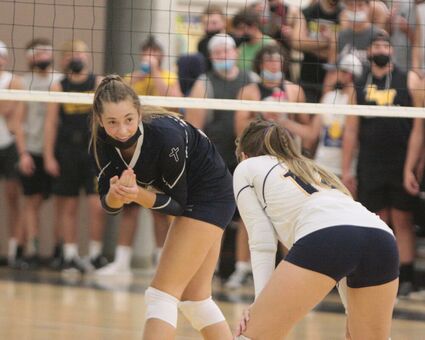 Aquin's Ava Hiveley led the Bulldogs with nine kills in the match against Lena-Winslow.

A depleted Aquin squad came into Lena Thursday night without their biggest weapon. Lucy Arndt had come down on another player's foot in practice, turned her ankle, and as much as she wanted to play – she was out, and unable to contribute.

But it's not like Arndt was the only weapon on the Bulldog roster.

Ava Hiveley stepped up in game one – drilling six kills as Aquin jumped out to a quick 7-2 lead over the Panthers. Ainsley Stovall added three, Elyse Luecke had two and a stuff block, and both Bentleah Stovall and Megan Carlisle added one as Aquin hammered out 13 kills ... which shoul...