Goin' For The Shoes 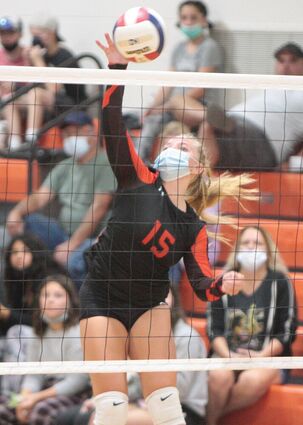 Warren's Lauren Williams goes up for the kill attempt.

"We were having terrible hitting percentages," she explained. "I mean, in one match we were at a 2%."

Now, a hitting percentage is basically the number of kills you obtain, out of the number of swings you make on the ball. Not sets or passes, but attempts to kill it. If you were only at 2% as a team ... yeah, that's pretty weak. So, McGowan decided to not only emphasize the importance of it in practice, but she also decided a bribe might just work.