Broncos Deliver A Beat Down 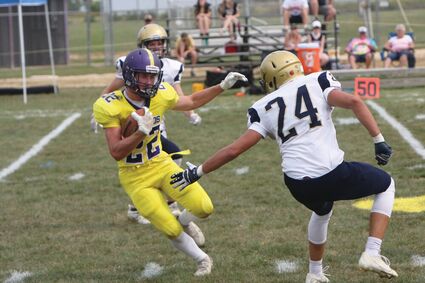 The Hiawatha Hawks were ranked seventh in the state in eight man football, so they were supposed to be serious challenge to the second ranked Orangeville Broncos.

Orangeville ran over, around, and through the Hawks – chalking up four touchdowns and a 28-0 lead before the first quarter was even over – doing it in a variety of ways.

You had the standard rushing attack that hammered the Hawks both up the middle with quick hitters, as well as tosses around end where the cut-back produced big dividends. You had the passing game as Nate Anderson hauled in a sweet pass from Ca...