Meet The New Man In Charge 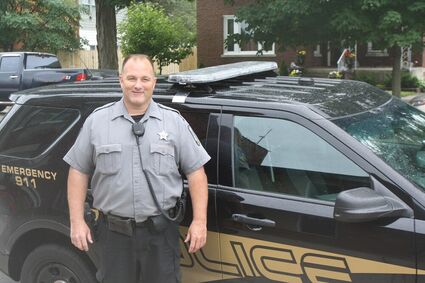 Wayne Gift knew back when he was only ten years old that he wanted to be a policeman when he grew up, but it took him a little longer to get there than he would have liked.

After graduating from High School in Monroe, he did what everyone in Wisconsin did, "I was a cheesemaker."

But after marrying his wife Elaine, things began to change a bit.

"She worked for the Circuit Clerk's Office in Stephenson County," Wayne explained. "So, I got to know a lot of the deputies there, and they encouraged me to take the test to become an officer."

Once completed, he began his law enforcement career w...