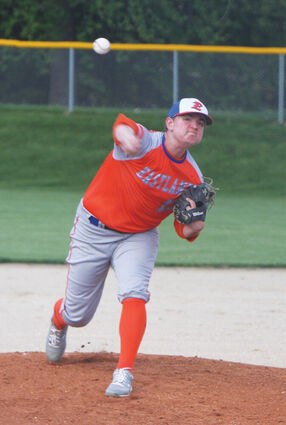 Ty Stykel is a beast on the mound, but he's also amazing at the plate. Against the Raiders of AFC he went 3 for 4 with a triple and six RBIs in Aquin's blow out conference victory. Aiden Wolf also went 3 for 4 with three runs scored and three RBIs of his own as every single Aquin player recorded a hit in the game. Evan Broge got the win on the mound. He threw four innings and allowed one earned run on two hits while walking three and striking out three.

The Broncos made the most of the eight h...