There's A New Power In Town 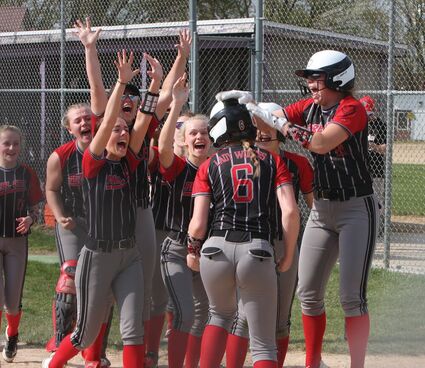 Brea Musser is mobbed by her team after blasting a solo home run on the second pitch of the game.

With no disrespect intended to the Dakota Indians or Eastland Cougars, the undeniable power in softball has been the Orangeville Broncos for several years. They have won countless titles, and regionals, and the last time organized softball was being played under the eye of the IHSA, the Broncos were Sectional champs and only one game away from going to the State finals.

So, with their starting pitcher, Tori Plowman coming back, along with the best softball player in the region in Tessa Janecke, and the addition of some young Aquin talent like Megan Holder and Megan Carlisle ... the Broncos...