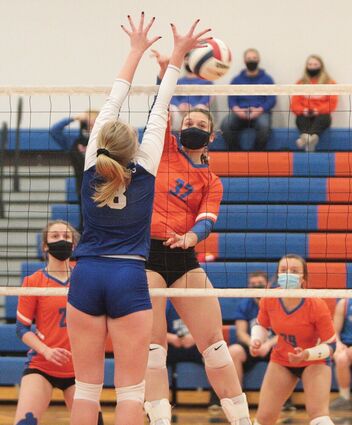 Eastland's Karlie Krogman led all players with eight kills in the match.

Monday night was the beginning of the final week of play for volleyball teams in the region, so that meant that not only were teams trying to fill up every single slot on their schedule, it also meant that the stronger teams were desperately trying to schedule matches against each other – and the battle between Durand and Eastland certainly qualified as a top tier battle.

For the record, Eastland won the match in two games – 25-21, 25-22 – but both games were nip and tuck until the final few points where one play made the spark for the Cougars to close out the win.