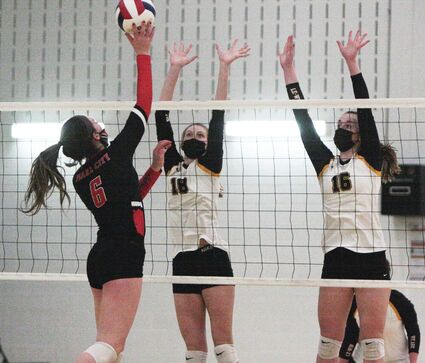 The story was supposed to be about Pearl City.

After smashing the Lena-Winslow Panthers Tuesday night in Pearl City, the Wolves were expected to handle them again to record the first time ever – in the history of the program – that Pearl City was able to sweep the season series from the Panthers.

And while the scoreboard reflected that indeed the Wolves did come out on top ... that was not the main story of the match Thursday night in Lena.

Instead, the headlines were stolen by the Panther youth movement that completely out-played the more experienced upperclassmen from Pearl City....