You Gotta Have A Go To 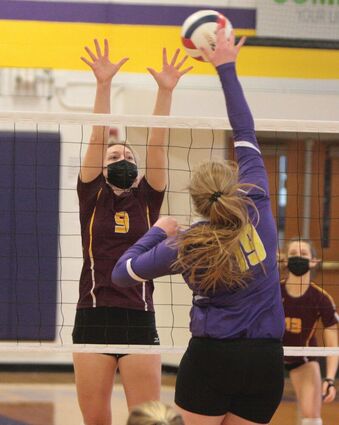 In any volleyball match, when your opponent is beginning to make a rally, or you need to get a critical point, the better teams all have a "go to" hitter who they will deliberately try to set up for the kill.

For the Stockton Blackhawks, that's Kenzie Haas, with her third cousin Brynn Haas being the secondary option.

"Yeah, it's no big secret, we try to go to our strength as much as we can," said head coach Allie McCallips.