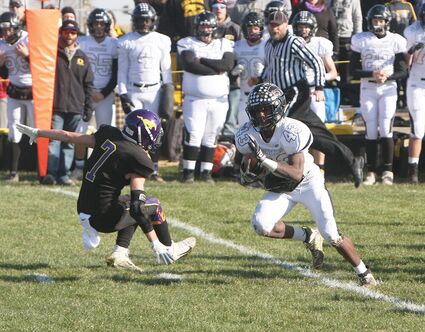 Panther star, Marey Roby, went down with a leg injury, and might be lost for the season.

In many ways, Lena-Winslow's 35-14 loss at Princeton was more impressive than most of their victories in recent years. But one lingering question will keep Panther fans from getting too excited. "How's Marey?"

The Panthers needed an opponent, and at the last second, Class 3A Princeton – the #2 ranked 3A team in the state – became available, so Lena-Winslow made the trip. And for at least the first quarter, it looked like a brilliant move.

On Princeton's first possession, the Panther defense sacked their star quarterback, Tyler Gibson, on two straight plays – forcing a fumble on the...