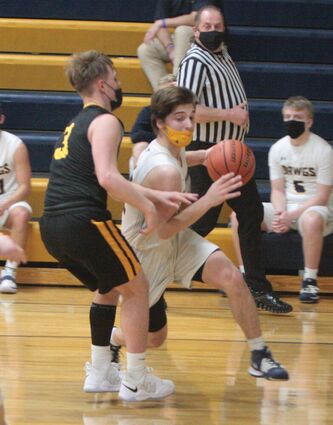 With 4:45 to play in the first quarter, the Lena-Winslow Panthers held a small 5-3 lead over the Aquin Bulldogs. But then Bulldog senior, Brennan Carlson, took over with a three point basket, followed by a pair of free-throws which sparked a 9-0 Bulldog run to claim the lead.

Aquin dominated the first half as the Panthers suffered from some horrendous shooting, held off a strong third quarter rally by Lena-Winslow, and capped off their final senior home game with a solid 52-41 victory.

Sparked by Carlson's offense, the Bulldogs opened up with a strong 17-7 lead...