Dancin' At The Mound 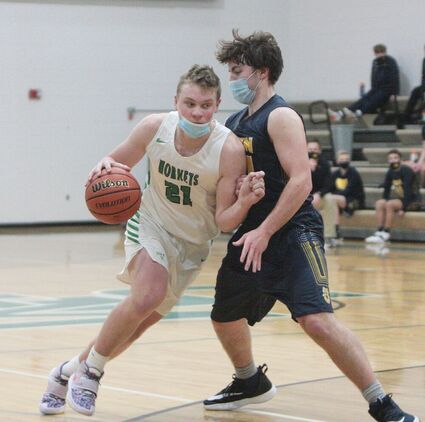 During the "media" timeout in the third quarter of the battle between Aquin and Scales Mound, the frosh-soph members of the Hornet basketball team were standing outside the huddle as Coach Kudronowicz talked strategy with the varsity ... and danced.

It didn't matter what music was being played – Michael Jackson, Country, Pop ... the younger Hornets were having fun shaking their booty to the tunes.

"Hey, that's how we do it up here at the Mound," said Kudronowicz after the Hornets had rallied back from a halftime deficit to claim an impressive 72-64 victory. "We've only got 16 games, so...