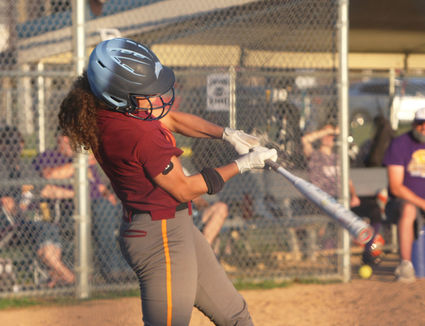 Warren/Stockton catcher Elaina Martin laces a sharp single up the middle in action against Orangeville.

Elaina Martin of Warren is only going to be a sophomore this coming year, but she already made a name for herself athletically by seeing plenty of varsity action as a freshman for the Warriors. Last week, during the Freeport Summer Softball League, she was one of several incoming sophomores who put on a private show for their fans.

With two on and two outs against Pearl City, Martin stepped into the batter's box and worked the count to 2-2 when the next pitch was hammered. As the ball sailed deep into left field, the question was whether or not it would be deep enough to sail over the fenc...