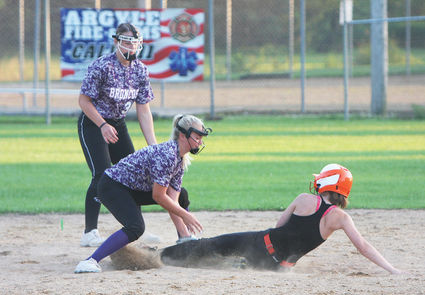 The Orangeville Broncos got in the first contest since the quarantine was put in place as they competed in the Monroe Summer League in Wisconsin.

Sunday night up in Argyle, the Orangeville Broncos took out some frustrations on their hosts as they blew past Argyle in a 12-3 drubbing to open up their summer schedule ... well kinda.

You see, the IHSA has yet to release their requirements for summer league play, so the Broncos did not have a complete roster by any means – some players even showed up midway through the game after coming from somewhere else. But there was no coach to answer to because the head coaches were nowhere near the dugout either as former Bronco graduate McKenzie Riemer was handling the duties by herself ... wit...