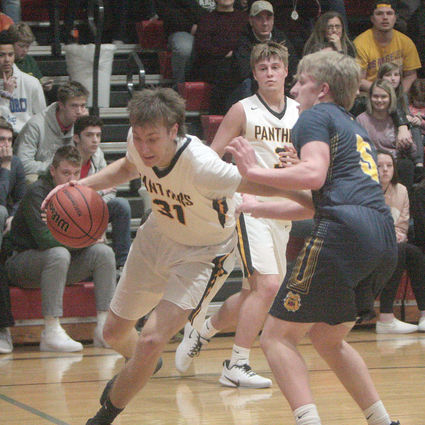 Junior Caleb Matz was the deciding factor in the Panthers Regional semifinal victory over Aquin.

Opposing teams know that Isaiah Bruce is a load in the paint for Lena-Winslow, and Sean Ormiston plays much bigger than himself, but when you go over the scouting report on the Panthers, Caleb Matz is not much more than a footnote.

The 6'4" junior played a monster game for Lena-Winslow Wednesday night in their Regional semifinal against Aquin – scoring 14 points, hauling down 8 rebounds, drawing two charges, and being the difference maker in the Panthers' 57-47 victory.

"Yeah, he was the difference in the game in my opinion," said Aquin head coach Dr. Martin. "We know Bruce...