Just Out Of Reach 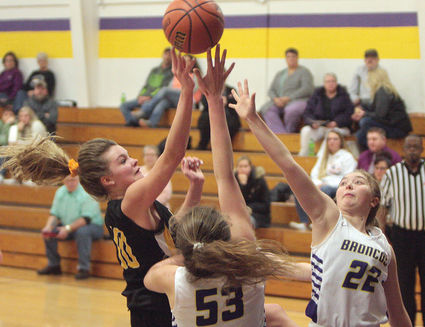 The Orangeville Lady Broncos have come a long way this season, but the hopes of claiming their first double digit wins in more than ten years is beginning to run out of time as they fell 52-40 to the Lena-Winslow Panthers Thursday night in Orangeville.

From the outset of the game, the Panthers had the Broncos in trouble as they used an extended 1-3-1 zone to put pressure on as soon as Orangeville crossed the halfcourt line. What resulted were a slew of steals by the Panthers that they converted into transition layups at the other end.