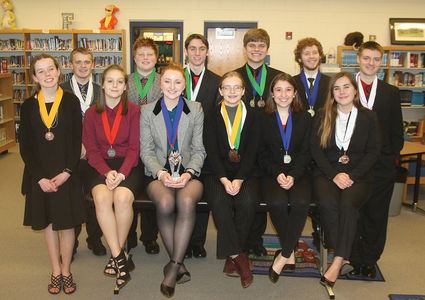 Weather had forced the rescheduling of the River Ridge Class A Speech Tournament, but on Monday, January 20th, the five Class A programs in our area all made their way to River Ridge to compete for small school honors.

When all of the rounds had been completed, the Stockton/Warren Warhawks reclaimed top honors after EPC had edged them out last season. Final team scores were: